The world of peanuts revolves around information, knowing what the harvest will be like, how prices are, demand and production in different parts of the world is of paramount importance to become successful in this market.

Our position and integrity provide us with a good relationship with both producers and buyers, we receive information from different parts of the world, and from different producing regions in Brazil, which, together with our 20 years of experience in this universe, allows us to write quarterly reports about the present and future of the national and international peanut market. 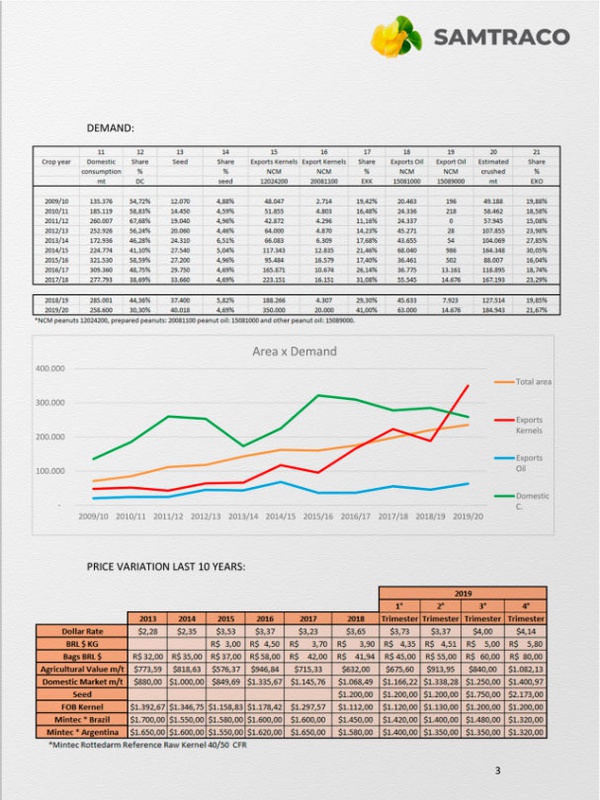 According to information received from the great partner and renowned agronomist Mr. Juliano Coro, in September the rains were sparse and irregular, providing a total planting area of only 7% throughout southeastern Brazil. From October to the first half of November rainfall levels were low, between 20mm and 30mm, having been planted in the period 20% of the areas.  In the second half of November it rained more expressively thus increasing the planting to about 60% of the areas. We estimate that about 10% of the remaining areas will be planted in early December in the Jaboticabal (Mogiana Region), which has excellent weather conditions.

In the Tupã (Alta Paulista Region) will still be planted 20 to 25% of the areas by the end of December, thus extending the harvest until early May. While the Mogianna will harvest most in March/ April.

Therefore, we expect favorable weather conditions for plant development until harvest in March. Despite the not so expressive rain conditions the areas planted at the beginning were not affected and the level of productivity remains with a good prospect that will be confirmed in January.

Oil exports have seen a significant increase in the last two years by around 40% considering this new NCM, while kernels exports have remained depressed by the poor performances of the 2014, 2015 and 2018 harvests, we believe that the potential may increase export volumes by 75%... 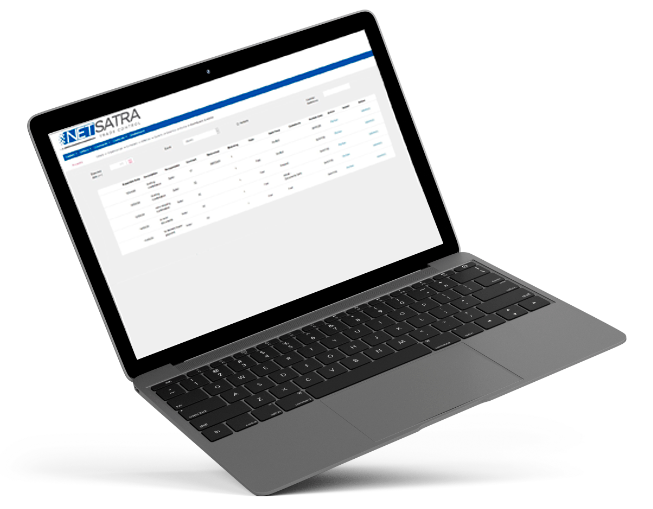 The application developed for trade facilitation and integration

NetSatra allows remote access to all tasks that require the attention of your team, making your life immensely easier.

MORE ABOUT THE SYSTEM +